Whether a commercial architect, a homeowner, or an automobile enthusiast, Madico has a product that will greatly improve the glass that surrounds you. Trusted by the Smithsonian, the Louvre, and many other architectural landmarks, Madico has been improving windows with films for almost 50 years.

Madico offers a wide range of films for a variety of applications, all tested and proven through thousands of installations around the world. All Madico window films are scratch-resistant, long lasting and backed by a strong manufacturers’ warranty. An unrivaled commitment to research and development has enabled the company to pioneer a number of industry-first products and processes, including its renowned SafetyShield® branded safety and security films and anchoring restraint systems. Other Madico brands include the Sunscape® premier architectural film line, Wincos® IR automotive film, Invisi-FiIm® paint protection, and ClearPlex® windshield film. 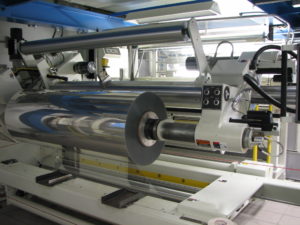 Madico, Inc. was established in 1903 in Woburn, Massachusetts. The same manufacturing facility is in use today along with a facility in St. Petersburg, Florida and a newly acquired metallizing facility in Louisville, Kentucky. As a founding member of AIMCAL- the Association of International Metallizers, Coaters and Laminators, Madico is and always has been the pioneer and world leader in the development of window protection systems.  For example, in 1972,  Madico invented a laminated film to add durability to their products. The same year, they developed the first Safety Film, in cooperation with the U.S. State Department. In 1980, Madico introduced films with a protective Scratch Resistant Coating. They were also the first to come out with a Color Stable automotive film. To this day, Madico continues to be on the cutting edge of technology and innovation in the window film industry. Additional industry associations include manufacturer member of the IWFA, NFRC, SEMA, ASID industry partner, and AIA approved provider.

The company’s commitment to glass film innovation has earned recognition from such esteemed organizations as the Protecting People First Foundation, while Madico’s dedication to responsible testing has helped it earn certifications from Underwriters Laboratories and other reputable agencies.